Mid-way through 2018, as BMW South Africa was nearing the end of local production of the 3 Series, we took a spin in 2 local editions of the box-shape (E30) 3 Series that continue to enjoy a fanatical following to this day.

It's often said that you should never meet your heroes. I can vouch for this because during the past 2 decades or so in the motor industry, I've often met mine. You quite regularly walk away from such a meeting with that hero image in tatters. My most vivid recollection of such an occasion was with the highly praised (in the UK media) TVR Tamora, but that's another story...

So, when I finally closed the door of an iconic Gusheshe (E30 325iS) and fired up that legendary straight-6 on a crisp winter morning in Gauteng, I was desperately trying to keep expectations low. This was, after all, a machine that any youngster interested in cars during the '80s and '90s idolised. Whether you were in the BMW or Opel camp during the heydays of Group N racing didn't matter – the 325iS demanded respect. It's always had mine. 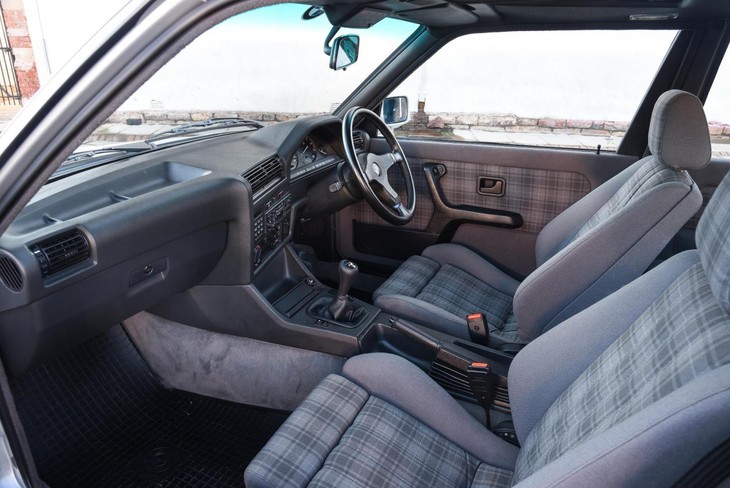 Super compact by modern standards and brought back to factory-fresh look-and-feel, driving the 325iS doesn't disappoint.

"Did people in the '80s really have such small feet?" As I familiarised myself with the relatively cramped footwell and noticed the "closeness" of everything, including the side window glass, I couldn't help but marvel just how big the outgoing F30-generation 3 Series I had just driven before feels like in comparison. There's an intimacy about driving older cars that is very addictive to me, and the 325iS certainly provided that, even before the wheels started turning.

BMW South Africa has done a very good job with this restoration (sadly the car has since been written off, ed) – look at the image below to get an idea of the initial state of the car, and my co-driver and I wondered whether the entire fascia, and all its switchgear had been updated with new parts. The checked "Uberkaro" velour upholstery endows the cabin with a very '80s feel. There's also a hewn-from-solid feel that bears testimony to the excellent build quality – this car simply doesn't "feel" more than 30 years old. And unlike modern cars, you are not "swallowed" by the cabin of the E30, but are afforded a startlingly clear and expansive view of the world. 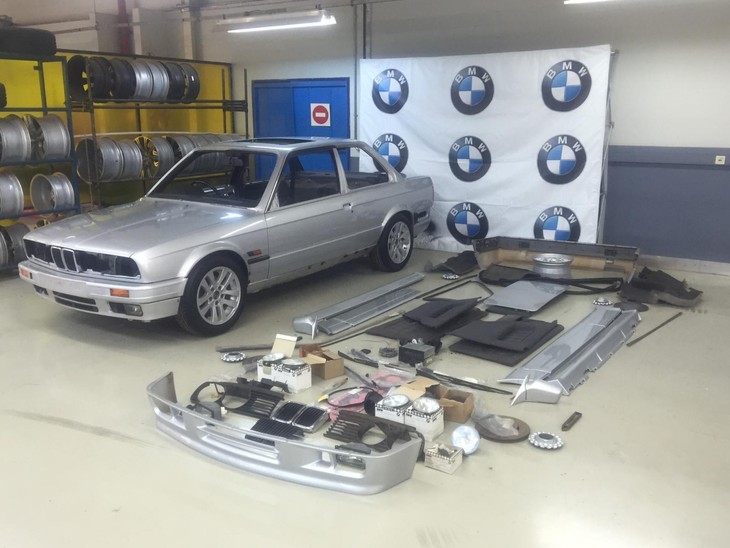 The restoration work on the 325iS was carried out by the BMW SA Press Vehicles Technicians.

By modern standards the outputs seem low, with the 2.7L engine (featuring plenty special Alpina bits) pumping out "only" 145kW or 155kW, depending on whether it is an Evo1 or Evo2 – this particular car is an Evo1. The torque figure for both derivatives sits at 265Nm, but the peak is slightly higher on the Evo2. Keep in mind, however, that the 325iS's weight is rated at around 1 200kg, comparable to a smaller current hatchback such as a VW Polo. Also, with a 25% limited slip differential and M Sport suspension with Bilstein struts, the racing genes shine through quickly. Back in the day, a 0-100kph time of around 7.5 seconds was not to be sniffed at, and neither was a 230kph top speed.

But those figures are largely academic, however. I wasn't going to push the limit with BMW South Africa's latest museum piece... or so I thought. The convoy moved at a surprisingly brisk pace. BMW obviously wanted us to really get a feel for what made the Gusheshe, to use its popular nickname, so intoxicating. It's all about the engine and the handling. There's a smidgen of play in the steering, and a slight lack of immediate retardation from the brakes that one has to get used to, but once settled in, this is an easy car to drive swiftly. It's also quite remarkable how comfortably damped it is, even on poor surfaces – this was certainly no stripped out racing special. 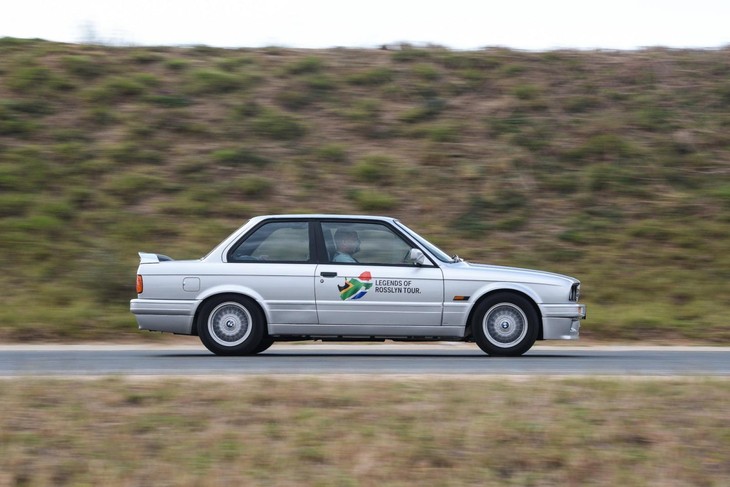 The E30 shape just gets more desirable with age. The 325iS Evo1 had several aluminium body parts, including the doors and bonnet.

The engine is glorious, though this recently restored car might still be a little "tight". Nevertheless, it loves to chase the red line and remains so buttery smooth that you'll want to do it often. Very quickly you're doing silly speeds, and I have no doubt that, back in the day, this car also doubled very effectively as a long-distance high-speed tourer. For obvious reasons, no sideways antics were attempted, but for what it's worth, the 325iS felt reassuringly stable and secure in faster corners – I had expected more twitchiness, but it would appear the 325iS has to be purposely provoked into sideways antics. Of course, back off in a fast corner and you have to keep your wits about you.

Still slightly tingling from the faster-than-expected drive in the 325iS, it was soon time to hustle the older and extremely rare 333i (only around 200 units were sold to the public). Now, this was essentially "South Africa's M3", seeing as we never got that legendary model, and it saw the M30 engine from the 733i shoehorned into the much tighter engine bay of the E30. In fact, the engine was such a tight fit in this car that you could have either power steering or air-conditioning but not both. 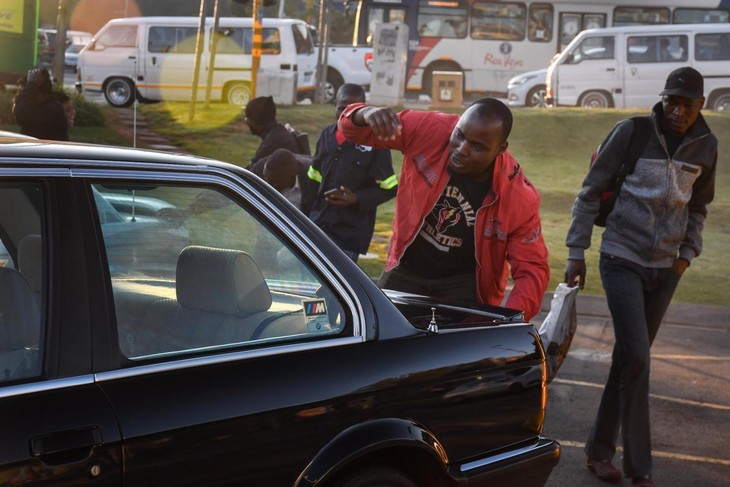 The 333i drew admiring crowds wherever we went in Johannesburg.

Initially the lighter trim in the 333i's cabin, and its slightly older ergonomics, create the impression that this is going to be a less sporty drive. There's also that strange dog-leg shift pattern to get used to - reverse is where you'd typically find first, so you have to get your head around shifting up, towards the facia, for second. Fire up the large-capacity straight-6 and it has a noticeably deeper sound to it. Ease out the clutch (I embarrassingly stalled the 325iS on the first attempt) and you are immediately struck by the whack of torque available from low revs.

The 333i pulls more eagerly from lower speeds than its younger sibling – in fact, my co-driver and I were startled by just how strong (and fast) the car felt. Quoted power is 145kW, but every one of those kilowatts appears to have spent time at the gym because this 333i is rapid! Performance testing back in the '80s showed it to be marginally quicker to 100kph than the either of the 325iS derivatives, but we're talking split seconds. On the road, during this drive, however, the 333i felt livelier, faster... more willing to play.

I suspect much of the above has to do with the fact that the 333i was restored first and has since done some mileage and has also undergone further refinement. The 325iS restoration is still relatively new, and I suspect there's more to come from that car (Sadly not to be, in the end). BMW's plan is to build a Heritage collection to showcase its proud history to visitors to its Midrand head office, as well as the factory in Rosslyn. Two more cars have recently joined the collection, in the shape of the last-ever 340i built locally, and the first new-generation X3 to roll of the production line. It also recently unveiled a restored 530 MLE. Read more about that, here.

In recent years the values of well-preserved 325iS and 333i cars have skyrocketed, and while it's tempting to acquire one and hide it away, that would mean missing out on some exquisite driving experiences. I'm happy to say that I left Gauteng with the hero images of these 2 special cars very much intact. And I'll never forget the howl of that 333i during the moments I could safely open the taps. If anything... I want one even more now.