“Buckle in for the drive of your life.” That was the heading of the print advertisement at the time for the Ford Cortina XR6 – but, there was more to come from the local arm of Ford in South Africa.

Bertus Ferreira has been involved with cars all his life and his love for cars, especially Fords, is visible when he took us for a tour through his personal car collection and his workshop. One can sense that the Interceptor is one of his personal favourites, and he also owns the Cortina 3.0 S of the same era.

The Mark V Ford Cortina model range was introduced in South Africa in 1980. Although the range included engine sizes spanning from 1,3-litre, 1,6- and 2,0-litres, it was the XR6 with its 3,0-litre engine that sat at the top of the range and which became a local icon on its own. However, come 1981 and Ford introduced the XR6 Interceptor. This car was developed and released as a homologation special to allow Ford to compete in the local production car race series called Group One. The XR6, although not the Interceptor, was also known for being used as police cars while the big Ford sedan also become notorious when policeman André Stander started robbing banks during his lunch hour!

Cars are a Ferreira "family sport" 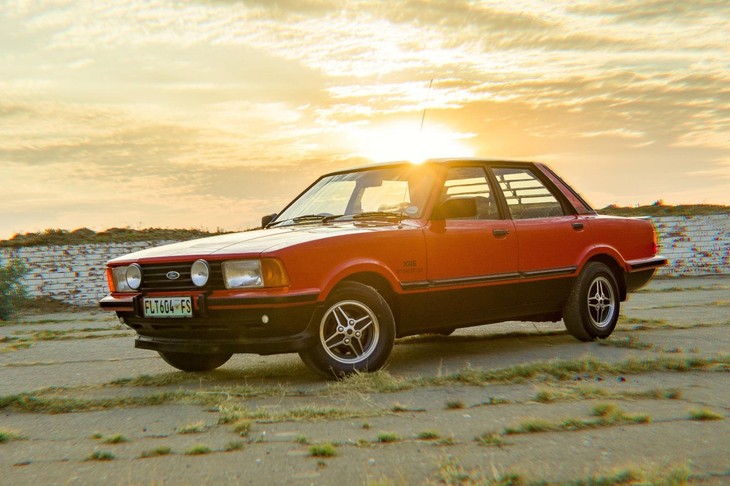 The Cortina XR6 Interceptor was only offered in Wild Coral Red.

Bertus bough the car in 2014 in Vierfontein, a 120 km drive from his hometown of Riebeeckstad in the Free State. It was advertised on Facebook, but it was the same car Bertus tried to purchase before when the owner passed away and he wanted to buy it from the late owner’s wife. However, at the time she was not ready to part with the car.

Driving to Vierfontein and after attending to a problem or two, they finally started the journey home. Over time Bertus has fixed and improved a number of things on the car. These included fitting new tyres, windscreen, exhaust system and alternator, while the rims were refurbished. Inside, the upholstery was redone in the correct material, Bertus having sourced seats from another car.

Bertus calls the Ferreira's love for Ford and old cars a "family sport", because his 3 daughters and sons-in-law as well as the grandchildren are all somehow interested or involved with the cars.

What makes an Interceptor? 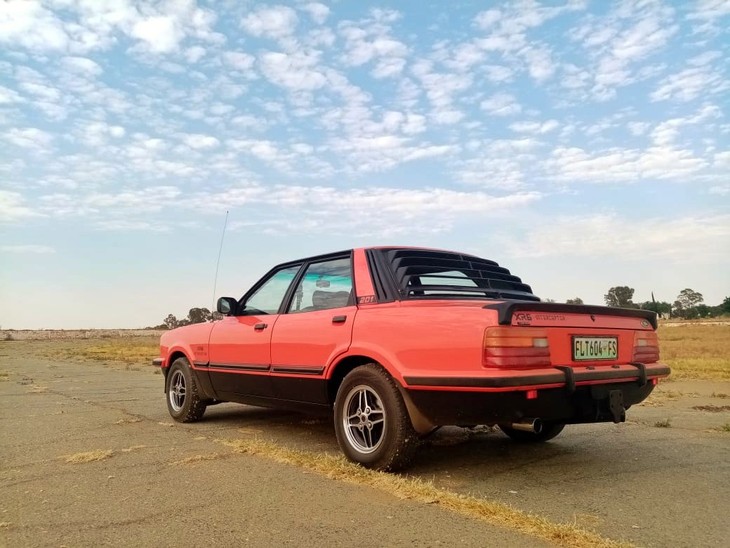 Note the number 201 on the C-pillar, denoting the car's number in the build sequence.

Visually the XR6 Interceptor can be easily identified, owing to the notable matte black highlights and more importantly, the number of each individual car on the C-pillar, in this case number 201. Interestingly, this number should correspond with the number on the car’s chassis plate. There is also a small winglet on the bootlid and “XR6 Interceptor” script behind the rear wheelarches and above the rear headlights. Inside, the cabin also features sport seats that offer improved side support. Buyers also had no choice in terms of colour, as all the cars featured the Wild Coral Red, immediately visible from a distance or in your rear-view mirror.

But, it is under the body where the important improvements were made. Interceptors featured triple-downdraft 42 Weber carburettors, an aggressive camshaft, a different exhaust manifold and suspension updates. Assisting with a better foot print, wider Ronal 13-inch wheels were also fitted. This is the only part of this specific car which is not completely standard. Somewhere along the car’s life an owner decided to paint the inside of the wheels black – it should only be in the pure aluminium-grey finish. However, it does suit the car though and Bertus decided to leave it that way. 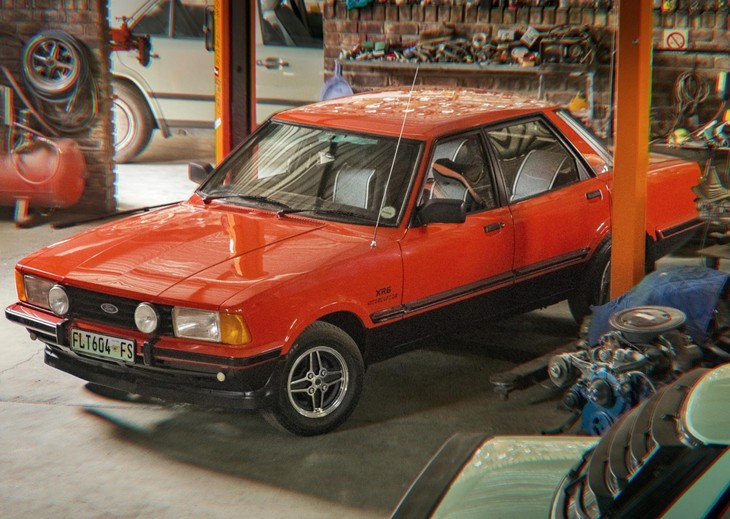 Bertus works on his cars himself, and has continuously improved this Interceptor through the years.

In terms of performance the 3,0-litre V6 engine developed 118 kW at 5 800 r/min. This was an increase of around 15% over the standard “Essex” V6 engine. These mechanical changes also resulted in a more fruity, deeper exhaust note.

The suspension on offer was independent coils and anti-roll bar at the front and a five-link system with anti-roll bar at the rear. Although some sources suggest that only 200 were made, that is incorrect. As the number on this car suggests, the true figure is more likely 250.

Interestingly, the last Ford Cortina was sold in South Africa in 1984. At the time it is was often one of South Africa’s best selling cars, which further contributes to the sales success of the homologation special.